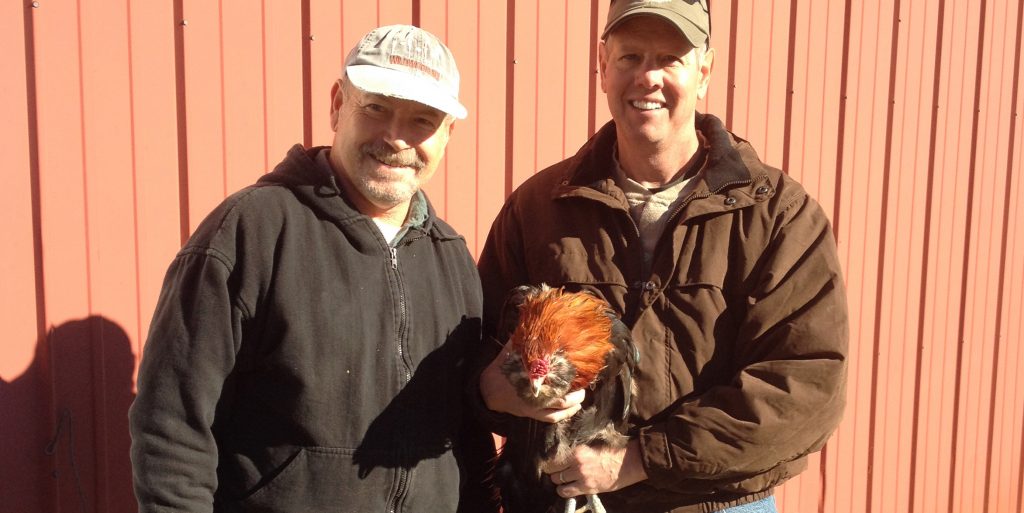 I had the great pleasure last November of meeting Wayne Meredith.  I was looking to bring greater size into my Wheaten/Blue Wheaten flock, and he graciously offered to let me select one of his cocks prior to the winter cull. I will admit I got some strange looks from friends and family when I told them I was going to make a 650 mile round trip drive to pick up a single bird, but believe me, I jumped at the opportunity.

Wayne was instrumental in developing the Ameraucana breed and is renowned for having introduced large fowl Wheaten/Blue Wheaten Ameraucanas to the poultry world.

Wayne has been breeding chickens since he was eight years old. Back in the seventies, he was actively raising what has come to be known as Easter Eggers.  Lucky for us, he concentrated his efforts on pea combs, muffs and beards.  He was crossing black to black, white to white, etc.  Towards the end of the decade, Mike Gilbert had perfected his bantam line of Wheatens, and sought out Wayne’s involvement.  Wayne put one of Mike’s large, bantam Wheaten cocks over a LF Wheaten-colored EE hen, and the rest was history.  Of course it took several generations to perfect the cross.  This large fowl variety was accepted by the APA in 1984.

I asked Wayne, “What is your best piece of advice for the novice breeder of this variety?”  “Hatch out as many each year as you possibly can,” he replied. Oh, and incidentally, the cock I took home is now named Wayne!